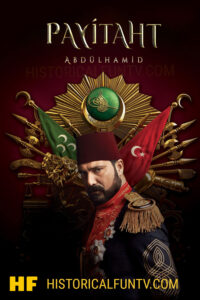 Abdulhamid Season 5 starts with the Grand Vizier of Ferid Pasha. The older brother of Sultan Abdülhamid, Murad V dies, leaving an heir who takes his place in the Freemasons and left it in the form of a composition in the form of his wishes. The composition is decoded by a man not long before.

He was ordered, in a train to Thessaloniki, to follow Ahmed, Selim Pasha, but he was killed and suspected in the three. Since around this time a meeting was held for the Masons in Salonica, one of them could either have been the Mason Pasha. All three Pashas have been interrogated.

Ismail and Ahmed Pasha both called each other traitors, and someone named Manyas confronted both of them with contradictory information about the other’s alleged treachery. Manyas is also in contact with the real Mason Pasha and is associated with the Young Turks.

After losing trust and being demoted, Ahmed Pasha secretly turns against Sultan Abdülhamid and aligns himself with Manyas and an opposition leader, Ahmed Riza. The Sultan suspected a large number of people. After the previous one in Thessaloniki, a Grand Lodge of Masons is formed, consisting of Karasu, Sabahattin, Fernandez, Selim Pasha, and others.

Ahmed Nuri, the Sultan’s son, arrives to assist in the defeat of the Masons and the opposition. While Selim Pasha appears to be the Mason Pasha, he was actually being threatened by Mahmud Pasha to work on his behalf. Watch Previous Payitaht Abdulhamid Season 4 English Subtitles