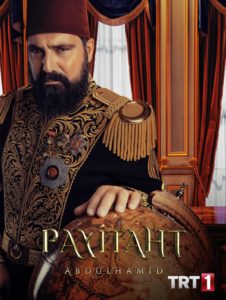 The revolution was brought down, and the fire in the palace was put off. However, its ramifications and devastation continue. Sultan Abdülhamid holds veladet-i humayun celebrations to demonstrate that the Ottoman Empire was not and cannot be easily destroyed. The news of Payitaht’s victory brings Abdülhamid’s opponents together once more.

During the celebration, Zuluflu Ismail Pasha is revealed to be Sultan Abdülhamid’s elder brother, surprising everyone, including the enemies. Cemile Sultan, who has come to Payitaht for the Veladet-i humayun celebrations, manages to annoy everyone in the harem, causing Seniha Sultan to leave.

In the meantime, Zalman David Levontin arrives in Payitaht disguised as Mr. Gustav, plotting against Sultan Abdülhamid. After Zalman is exposed and punished, the British send William Hechler as an ambassador.

In addition to the Hejaz Railway, a second railway project in Baghdad was established, posing a strategic threat to the British. Hechler openly opposes Sultan Abdülhamid, making numerous moves before being defeated and imprisoned. However, one of Hechler’s men arranges for the Sultan’s assassination and shoots at him with a sniper, injuring Ahmed Pasha (not shown), and the Payitaht Abdulhamid season 4 ends there.