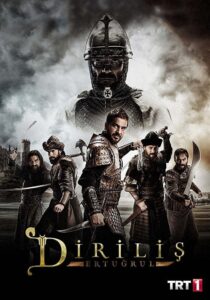 It is widely assumed that Erturul is dead, despite the fact that he has been captured by slave traders. Meanwhile, Emir Sadettin persuades Dündar, Erturul’s brother and the new Kayi Bey, to sell Hanl Pazar and return to Gündodu’s tribe, but is stopped when Erturul returns and is immediately banished.

After his son, Gündüz, is kidnapped, Erturul declares war on Karacahisar and successfully conquers it. Following Ares’ capture, Erturul takes him to the Sultan and instructs him to confess to the Sultan about Sadettin Köpek’s wrongdoings. The plan nearly succeeds, but Köpek is saved by the Sultan’s wife, Mahperi Hatun, and an event occurs that converts Tekfur Ares, who is later killed by Noyan, into a Muslim.

Soon after, the Sultan is assassinated, and Köpek’s rise to power in the palace causes problems for the new Sultan, Gyaseddin. Gyaseddin joins forces with Erturul, and Köpek is beheaded with the assistance of Hüsamettin Karaca. Following this, Erturul faces the return of Noyan but defeats him and his devious sister, Alangoya, who attempted to murder Erturul’s son, Osman, who was born on the same day as his mother died. Noyan prepares for a battle known historically as the Battle of Köse Dağ, and the Kayi relocate to Söüt.