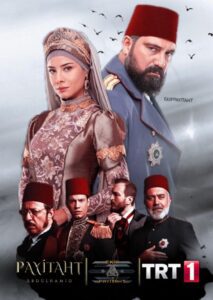 The series begins in the Sultan’s 20th year in power. The Hejaz Railway is a large project that they are planning. However, the Sultan’s brother-in-law, Mahmud Pasha, as well as the British and Theodor Herzl, are attempting to derail this project. Bidar Sultan and Seniha Sultan’s rivalry in the harem, on the other hand, extends to their family. In addition, the Sultan’s brother Murad’s daughters visit the palace.

Abdülkadir, the Sultan’s son, is consistently manipulated by Mahmud Pasha and his son Sabahattin, and while attempting to ruin their game, he ends up in a burning room with his mother at the end of the season, which was started by Esma, a traitor servant girl, on Sabahattin’s order. The Payitaht Abdulhamid Season 1 concludes with Greece attacking Ottoman territory and the Ottoman Empire declaring war on Greece.