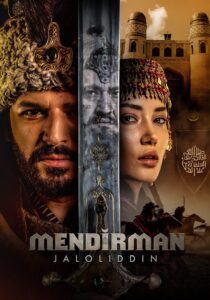 Jalal al-Din Khwarazmshah, the ruler of the Khwarzmian Empire, initiated a united struggle against the Mongol invasion. He was defeated by Ala al-din Kayqubad, sultan of the Anatolian Seljuks, and later it is said that he was killed there by nomad Zazas. Bozdağ has previously produced many TV series on famous Turkish figures, including Sufi and poet Yunus Emre and founder of Ottoman Empire Osman I.