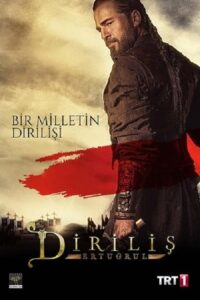 Ural of the rich avdar trade-veterans confronts the poor Kayi newcomers. Despite the fact that Ural is not the Bey of his tribe, he seeks more and more power, becoming envious of the Kayi whenever something good happens to the small tribe. Meanwhile, the Templars who have infiltrated Hanl Pazar, led by Hanc Simon, seek to assassinate Erturul, just as he did the Templars years ago.

Erturul defeats Hanc Simon and conquers Hanl Pazar, making Ural even more envious than before. Ural is sentenced to death after being accused of murdering the Tekfur of Karacahisar, Andros, and causing problems for the Kay, but he is saved by the devious Emir Sadettin.

Following the death of Candar, the avdar Bey and Ural’s father, Ural seeks assistance from the new Tekfur of Karacahisar, Vasilius, who wishes to rid the land of Turks but is killed by Erturul in an attempt to become the avdar Bey.

Vasilius fails in his attempt to ambush the Selçuk Sultan and is killed by Erturul. As a result, the Sultan appoints Erturul as the Uç Bey, infuriating Emir Sadettin, who vows to depose Erturul. At the end of the Dirilis Ertugrul Season 3, Erturul is ambushed by Ares, the new Tekfur of Karacahisar.